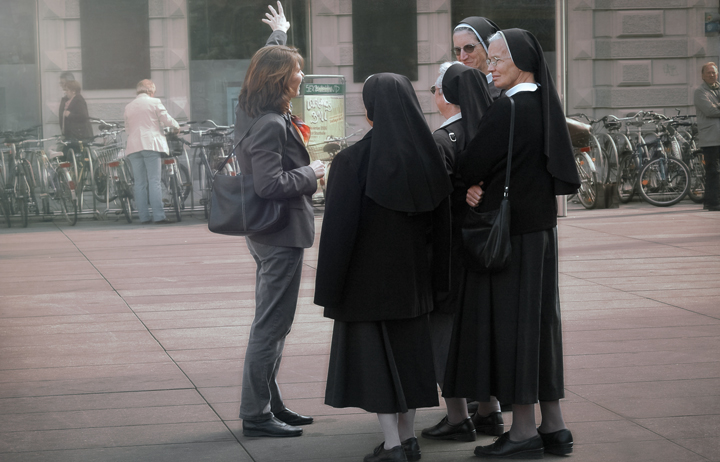 Caritas is a confederation of 164 Roman Catholic organisations in over 200 countries worldwide (including Austria and Russia). Collectively their mission, according to their statement, is to work to build a better world, especially for the poor. The first Caritas organization was started in Germany in 1897. Today, the Confederation is one of the world’s largest humanitarian networks. Its General Secretariat is located in Vatican City (!!!) Catholic social teaching is a doctrine developed by the Catholic Church. Catholic social teaching is distinctive in its consistent critiques of modern social and political ideologies both of the left and of the right: liberalism, communism, feminism, atheism, capitalism, fascism have all been condemned.

Founder of catholic social teaching advocated economic distributism. According to distributists, property ownership is a fundamental right and ideal society is society of widespread property ownership (!!!)
But two thousand years ago Jesus said, “It is easier for a camel to go through the eye of a needle than for a rich man to enter the kingdom of God.” (Mark 10:25)