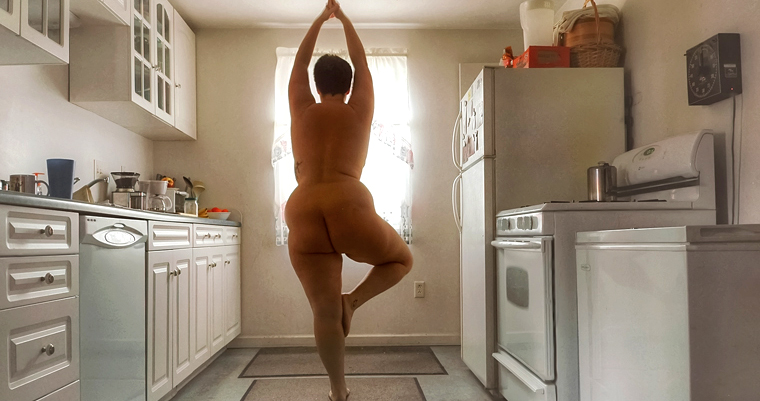 In the humanitarian sciences, the notions of “egoism” and “altruism” are usually treated as the opposites. An altruistic self-sacrifice for the common good is always treated as heroic action and is highly appreciated. The most classical examples are the lives of M. Gandhi, A. Schweitzer, Theresa and some others. Therefore altruism has an untainted reputation while egoism is sometimes considered to be one of the “worst”. As A. Waterman puts it, “the pursuit of self-interest is thought to yield a sense of alienation through treating others as objects to be manipulated for personal ends”.
Importantly, such criticism is heard from both Marxist philosophers. Even the individual self-realisation can be interpreted as her egoism, “narcissistic and ego-diving” . The author hasn’t come across a single work in the Russian (Post-soviet) academic psychology where the notion of egoism was considered positively or at least neutrally. Vice versa, this concept a priori carries the negative moral implications. The modern science has numerous facts at its disposal, which prove that the inborn, biological, not the social origin of people’s (and animal’s) egoism is based on the individual desire to survive and assert oneself.
In the evolution context, all the living creatures possess the inborn desire for adaptation to the environment in order to improve their living conditions. From the biological point of view, egoistic behaviour means survival. That’s why each selfish decision is individually preferred to each altruistic decision.

Contemporary Western psychology has a dual attitude towards egoism. In E. Fromm’s opinion, the modern culture is pierced by the taboo on egoism. At the same time such a view comes in conflict with the daily life experience in which person’s tendency to be egoistic is considered to be his (her) most reasonable desire.
That’s why, our wish for a person not to be an egoist is ambiguous: it may imply the directive not to be oneself and not to love oneself thus suppressing free personality development [Fromm, 1990].
The detailed review on the subject demonstrates the predominance of the egoism ideology in the conceptions of Freud, Neo-Freudians (Fromm, Horny, Sullivan), humanistic psychologists (Maslow, Rogers) and other contemporary schools in the psychology of personality, social psychology and psychotherapy.
Modern positive psychology which has been gaining popularity for the last two decades tries to disclaim any allusions between egoism and the pursuit of happiness. Arthur Schopenhauer, the famous German philosopher, considered egoism to be the basis of a person’s “will for life” which in its turn transforms into the tireless chase of happiness. Z. Freud considered individual development to be the product of interference between the two tendencies: the egoistic will for happiness and the altruistic aspiration for living in community.

To be happy means to be egoistic

Though positive psychologists, who study happiness, prefer not to mention egoism due to its negative implications, the egoism researchers having no financial risks, openly interpret the term as the means of happiness achievement. One of the latest reviews on happiness confirms, that the definition of this term taken as a synonym for wellbeing concerns what benefits a person, is in her interest, is good for her, or makes her life go well for her. It can be clearly seen that all the above mentioned descriptions of happiness and well-being can be equally attributed to the notion of egoism.
Being uncritically perceived, such ideas can be especially harmful during the transition period from the socialist collectivism to the capitalist individualistic mentality in the republics of the former USSR.
Being highly valuable in the eyes of other people, altruism becomes quite attractive just for an egoist. The latter may propagate and demonstrate her ostentatious “altruism”, at the same time keeping in mind her true egoistic motives. This is done because an egoist needs a certain respect from the others in order to pursue her own interests. A person will consider the fulfilment of such public duties as her top priority which will bring the highest possible benefit to herself. That’s why any seemingly altruistic action may possess egoistic motives at its bottom.
As Internet Encyclopaedia of Philosophy puts it, “psychological hedonism is considered to be a specific version of psychological egoism. It restricts the range of self-interested motivations to only pleasure and the avoidance of pain”.
Here is a simple test on the egoistic/altruistic motivation contrived by the author which has appeared by the way, due to the positive psychology influence. If we ask for example an egoist and an altruist whether any of them wants to be happy, both will give the affirmative answer. Consequently, each of them wants happiness for himself – disregarding his attitude towards others. As we know already, striving for happiness is closely linked to egoism. The altruist’s own desire to become happier reveals that he is not altruistic “to the bone”.

All acts are selfish

Such an outcome again poses the question concerning the inner integrity and “moral authenticity” of an altruist. At the same time, taking the altruistic ideas to the extreme may lead to some strange conclusions. We can consider a person to be a “true” altruist only if she helps other people, being at the same time totally indifferent to her own needs, not willing to become happier. But the latter reminds us more of a masochistic personality. In general, any person’s attempt to improve her life may be rated as egoistic.
As Martin Luther stated, “a saint is a person who understands the egoism in his every motive”. It’s hardly possible to imagine “genuine” altruist, who endlessly helps other people and pays no attention to himself. Such hypothetic idealist will die soon because he may regard food and sleep (perhaps, even breathing) as the evidence of her egoism.
All acts are selfish, and their variety and the principles that govern them are the object of investigation. This is a significant theoretical gain… If all acts are selfish it can hardly reflect a vice to act selfishly… Acts that are altruistic typically are also acts that serve to enhance personal well-being”.

The individualists are more tolerant than altruists

Hedonistic egoism taken without its negative, sufficiently exaggerated implications and aimed at a person’s inner state improvement, lies at the heart of most altruistic actions since “as we all recognise, feeling good (or bad) about oneself is an extremely important feature of our internal life” (Lewis, 2002). Consequently, the greater part of the so-called “altruistic” deeds represents a mixture of the both components – altruistic and egoistic.
A. Waterman’s argues that people with individualistic traits have a better social functioning and social attitudes including tolerance, helping, cooperation and non-manipulative acceptance of others. Thus egoism and altruism are not only compatible but largely indissoluble in everyday life situations. Most of the helping behaviours make the actor stronger as well – especially when he finds an “egoistic” opportunity for his own self-development or at least his mental state amelioration. In the opposite case, when egoism does not fulfil its protective functions, the “altruistic” worker may get a quick burnout.
Person’s activity directed at her own good (especially in the sphere of self-realisation) usually brings value to other people – immediately or in future. A “strong egoist” may see useless (and senseless) to cooperate with a more “weak” person, because the “strong” gets no good from such a cooperation. At the same time, the “strong” may get a lot of “harm” and therefore become “weaker”. Normally the “strong” does not exploit the “weak” but simply refrains from unnecessary and useless contacts.
That is, non-self-interested motives usually give way to self-interested motives when there is a conflict. As a result, we may say that human action in general is predominantly motivated by self-interest.

In the frame of the results obtained, let’s analyse the key act and the motivation of a legendary Albert Schweitzer. Being the successful musician, the famous philosopher and theologist, A. Schweitzer suddenly changed his career. At the age of thirty he began studying medicine at the university and then left Europe for Africa (Gabon) where he had been working off and on until his death. His biography from the age of 35 is represented as the example of purely unselfish service for people in need.
The situation becomes more complicated if we take into account not only A. Schweitzer’s actions but the underlying motivation as well. For example, one can be of benefit for other people if he wants to raise his self-esteem. In such a frame, A. Schweitzer’s activity was far from being exclusively unselfish. At the beginning of his medical career, A. Schweitzer was quite an inexperienced doctor. He could have stayed and work in Europe, thus not leaving his wife with a small baby. As A. Schweitzer declared, with the help of such an activity he wanted to actually prove his faith in God who lives inside human nature. We can interpret this statement as his attempt to be godlike for the sick and uneducated Africans. It is clear such a position could not be demonstrated with the European patients who demanded high professionalism from a doctor.
Person’s desire to be a “healing God” for his grateful patients can raise his opinion about himself to the height which is unattainable for others and can bring the feeling of one’s own exclusiveness.
Stronger correlations between “egoism” and “meaning of life” shatter the moralistic views (still very popular in the Post-soviet psychology), according to which the egoistic behaviour leads to existential dead end, while altruism allegedly helps to achieve the sense of meaning in one’s life. The uncritical perception of such propaganda by unsophisticated people still makes them suitable objects for manipulation and straightforward exploitation.
Our results give the evidence of the opposite: just the unscrupulous altruism has more chances of bringing existential vacuum than the egoism dealing with a person’s self-realisation.

by Leonid Levit (The Centre for Psychological Health, Minsk, Belarus)