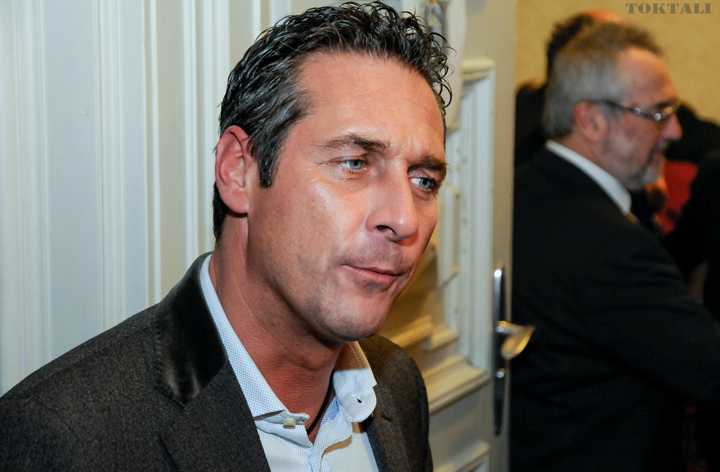 Heinz-Christian Strache, who by education is a dental technician, has been active in local politics in Vienna since 1991. Snapshots taken from a video in the late 80s were published in January 2007 showing a uniformed Strache participating in paramilitary training activities. Other people on the pictures were claimed to be known neo-nazis. Strache has denied that, claiming the pictures are of him playing Gotcha. At the end of January, further pictures were published, showing Strache performing a Nazi salute (the Kühnen salute). Strache denied the allegations prior to publication of the pictures. After publication, Strache argued that the picture showed him ordering three beers and was not a Nazi salute.