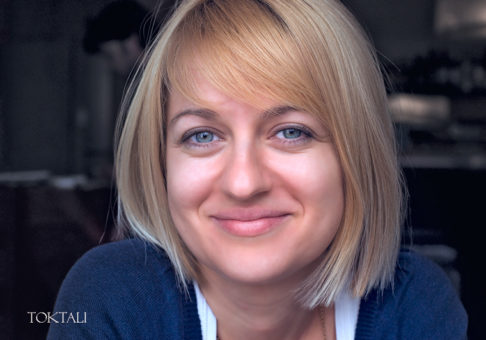 Is it possible at all for writing journalist with emigration background to advance in her profession competing with native speakers?

We planned to meet in Sperl, but on that cold day, the cafe was full. We marched on till Leopold museum, and were lucky to find place there. I asked Olivera, why she used to work on Saturdays, and she replied it was due to next upcoming issue of her magazine. Personal history of this young woman could give evidence against theories of national discrimination in Austria and prove that journalists with emigration background may advance in career here and can be disabled mostly because of their German language problems. Olivera Stajic was born in Bosnia, and when she was 13, the family moved to Austria. She studied German in the school, and then later she entered university. Already in her late twenties Olivera became highly functional Vienna professional, and her German, except of complete freedom quality, has one more priority of text-edit professionals – it is perfectly correct.
This shot of Mag. Olivera Stajic, editor in chief for PFM-Magazine. I made in Leopold museum cafe.