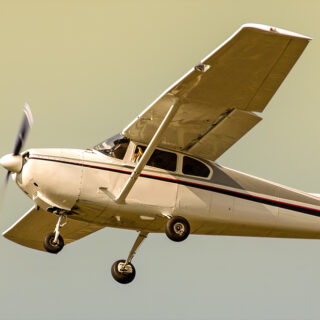 Motion sickness can be caused by a variety of motion environments and given a sufficiently provocative stimulus almost anyone can be made motion sick. More than two thousand years ago the Greek physician Hippocrates observed that ‘ sailing on the sea proves that motion disorders the body’.

Indeed the term ‘nausea’ derives from the Greek root word ‘naus’ meaning a ship. The last hundred years
innovation of transport and industry have extended the range of provocative motion environments to cars, trains,
aircraft, weightlessness in outer-space and virtual reality.

The primary functions of the vestibular system are spatial orientation, maintenance of balance, and stabilizing of vision through vestibular–ocular reflexes. An additional vestibular function has been proposed, which is that it acts as a toxin detector. Thus, the evolutionary purpose of motion sickness is postulated to be the same as for any emetic response, which is to protect the organism from the toxic effects of potentially harmful substances that it may have ingested. The “toxin detector” hypothesis proposes that the brain has evolved to recognize any derangement of expected patterns of vestibular, visual, and kinaesthetic information as evidence of central nervous system malfunction and to initiate vomiting as a defence against a possible ingested neurotoxin.

According to this hypothesis, motion sickness in pedestrian man or other animals is simply the inadvertent activation of this ancient defence reflex by the sensory conflicts induced by the novel altered visual and force environments.

This evolutionary-based hypothesis is consistent with the observation that motion sickness is evolutionary well preserved from man down to the level of the fish (ironically, fish can become seasick during aquarium transport).

An alternative hypothesis is based on the observation that tilt stimulation of the otoliths in the cat, which transduce linear accelerations, provoke a pressor response (increased blood pressure and cardiac output) mediated via vestibular–cardiovascular projections. It has been proposed that motion sickness is caused by the inappropriate activation of such vestibular– cardiovascular reflexes.

In virtual reality systems (and simulators), self-vection and poor eye collimation may be an important provocative stimulus, but phase lag between real motion and the corresponding update of the visual display may be equally or more important.

Compensatory vestibular–ocular reflexes to head movements are as fast as 10 ms or so, consequently visual update
lag disparities not much longer than this may be easily detectable by subjects. If update lags are much longer than
this then they may provoke sickness, since it has been shown that virtual reality sickness has been induced with update lags as short as 48 ms.

Controlled laboratory and ship motion surveys have shown that lower frequencies (< 1 Hz) are more nauseogenic than higher frequencies and that nauseogenicity increases as a function of exposure time and acceleration intensity. Nauseogenicity peaks at the low frequency motion of around 0.2 Hz. Such low frequency motions are present in transportation in ships, coaches, aircraft flying through air turbulence, and on camels and elephants, all of which can provoke motion sickness.

However, during walking, running, horse riding, riding offroad trail bikes, etc., the frequencies are higher than 1 Hz.
Consequently, although these motions can be quite severe (capable of bruising the person), they are not nauseogenic.

Hypotheses for the frequency dependence of nauseogenicity of translational oscillation are a phase-error in signalling motion between canal–otolith and somatosensory systems, or a frequency dependent phase-error between the sensed vertical and the subjective or expected vertical. It has also been proposed that a zone of perceptuo–motor ambiguity around 0.2 Hz triggers sickness, since at higher frequencies imposed accelerations are usually interpreted as translation of self through space, whereas at lower frequencies imposed accelerations are usually interpreted as a shift in the main force vector, i.e., tilt of self with respect to the assumed gravity vertical.

Given a sufficiently provocative stimulus nearly all people can be made motion sick.
Indeed, almost the only individuals who are immune to motion sickness are those who have complete bilateral loss of labyrinthine (vestibular apparatus) function. Even this may not be absolutely true under all circumstances. There is evidence that bilateral labyrinthine defective individuals are still susceptible to motion sickness provoked by visual stimuli designed to induce self-vection.

Otolith asymmetry between left and right labyrinths, as measured during parabolic flight, has been proposed as an indicator of susceptibility for space sickness.

Mal de debarquement is the sensation of unsteadiness and tilting of the ground when a sailor returns to land. A similar effect is observed in astronauts returning to 1 g on Earth after extended time in weightlessness in space.
Individuals susceptible to mal de debarquement may have reduced reliance on vestibular and visual inputs and
increased dependence on the somatosensory system for the maintenance of balance.

Certain groups with medical conditions may be at elevated risk. Many patients with vestibular pathology and
disease and vertigo can be especially sensitive to any type of motion. The well known association among migraine, motion sickness sensitivity, and Meniere’s disease dates back to the initial description of the syndrome by Prosper Meniere in 1861. It has been proposed that there may be a (genetic) link caused by defective calcium ion channels shared by the brain and inner ear leading to reversible hair cell depolarization, producing vestibular symptoms and that the headache might just be a secondary phenomenon.

Doubtless there is a genetic contribution to the individual differences in susceptibility, but the evidence is limited and open to various interpretations. An example is the observation that a single-nucleotide polymorphism of the α2-adrenergic receptor increases autonomic responses to stress and contributes to individual differences in autonomic responsiveness to provocative motion. However, it is unclear whether this is a marker for motion sickness susceptibility, per se, or a general marker for autonomic sensitivity.

Sex and age are two main predictors in the general population of individual susceptibility. Surveys of transportation indicate that women are more susceptible to motion sickness than men; women show higher incidences of vomiting and reporting a higher incidence of symptoms such as nausea .

Moreover, this sex difference is not exclusive to humans because in animals females show significantly more emetic episodes and shorter latencies to emesis in experimental exposures to motion.
The elevated susceptibility of females to motion sickness or indeed to post-operative nausea and vomiting or chemotherapy induced nausea and vomiting, may serve an evolutionary function.

Infants and very young children are immune to motion sickness. Motion sickness susceptibility begins from perhaps around 6 to 7 years of age and peaking around 9 to 10 years. The reasons for this are uncertain. Following the peak susceptibility, there is a subsequent decline of susceptibility during the teenage years towards adulthood around 20 years. This doubtless reflects habituation.

A multiplicity of other possible predictors of susceptibility have been examined over the years, with relatively
few being found to be of significance. Cross-sectional surveys show that individuals with high levels of aerobic
fitness appear to be more susceptible to motion sickness, and experiments show aerobic fitness training increases motion sickness susceptibility.

The reasons are unclear, with one suggestion being that a more reactive autonomic nervous system in aerobically fit individuals may sensitize them. Psychological variables such as mood may modify susceptibility in contradictory directions: ‘state’ variables such as extreme fear or anxiety conditioned to motion, may contribute indirectly to motion sickness susceptibility, although by contrast, extreme arousal such as observed in warfare may suppress motion sickness.

Critical features include: the massing of stimuli (exposures at intervals greater than a week almost prevents habituation); use of graded stimuli to enable faster recoveries and more sessions to be scheduled, which may help avoid the opposite process of sensitization, and maintenance of a positive psychological attitude to therapy.

Anti-motion sickness drugs are of little use in this context, since both laboratory and sea studies show that although such medication may speed habituation compared to placebo in the short term, in the longer term it is disadvantageous.
Habituation, itself, is often stimulus specific, producing the problem of lack of generalisation and transfer of
habituation from one type of motion to another. Thus, to foster transfer, it is useful to use as wide a variety of provocative motions as possible.

Neural structures such as the amygdala as well as such areas as the nucleus tractus solitarius are thought to be important in processes of induction of and habituation to motion sickness.

More immediate and short-term behavioral counter measures include reducing head movements, aligning the
head and body with gravito-inertial force or laying supine.
It is usually better to be in control, i.e., to be the driver or pilot rather than a passenger. Obtaining a stable external horizon reference is helpful.

Controlled regular breathing has been shown to increase significantly motion tolerance to provocative motion, being approximately half as effective as standard anti-motion sickness drugs yet rapid to implement and free of side effects. The mechanism by which controlled breathing has its effect is uncertain but may involve activation of the known inhibitory reflex between respiration and vomiting.

The types of stimuli which can provoke motion sickness and the nature of the sensory conflicts are now better
understood. Non-pharmacological countermeasures have been increasingly refined, including behavioural modifications, autogenic techniques such as controlled breathing and desensitisation training. At a neurophysiological level, there has been much progress in defining the critical pathways in the central nervous system involved in motion sickness.

However there has been less progress in a number of other areas. At the most general level, there is still no consensus as to the reason why motion sickness should occur, although an evolutionary explanation in terms of a ‘toxin detector’ is the most accepted.