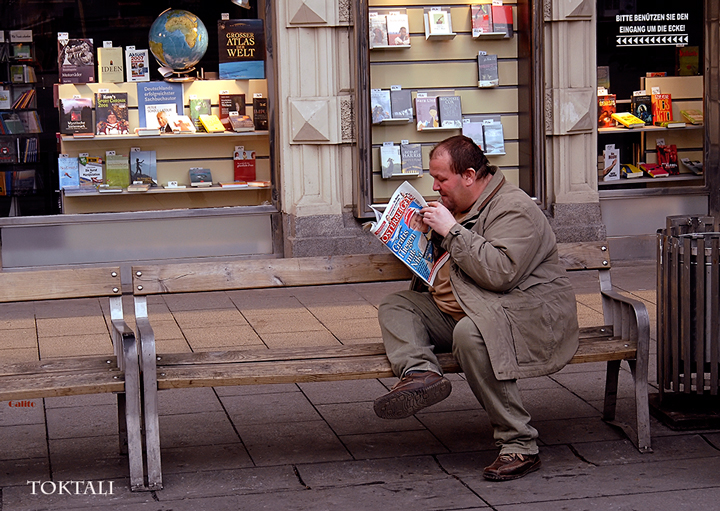 During last two days I was out of breath making meticulous review of major Russian newspapers and agencies, who could be potentially interested to gain their own Vienna correspondent, including Izvestia and ITAR-TASS, main Russian news agency with millions of readers auditorium.
Russian press has rather distant and occasional interest to Austrian life that could be completely satisfied by stories about Natascha Kampusch and pricelists of Tyrol Ski resorts. Kyrgyzstan, where I was born – is out of question at all, because budget of largest agencies and newspapers can not afford to support own correspondent abroad.

Russian and Central Asian media if at all, have representatives in Germany.
I also made review of Austrian press, and became aware of fact that political and social life of Austria how it looks like in media- has somewhat reduced vigor, comparing of those in Moscow. Throbbing political pulse is something for other country and other national character. Austrians are mostly about music, museums, beer and schweinsbraten. They are also fascinated by words -nackte- and -models-. When I analyze Google search criteria that lead weak flow of visitors to my websites, I can see that 97% of them used -reife model Galina Toktalieva and -nude models- keywords.
Just now I don’t see way where my journalist skills can be used and do not see way out in Austria except Presse und Standard, which cover only specific circle of subjects. All in all the quantity of Austrian newspapers, their circulation and range of subjects they pick up is rather disappointing.
At the same time Russian press if it has any interest to Austrian motives at all, can willingly buy only fried top hits, like scandals or sensational news of woman who gave birth to six babies at once, news that could be highly salable for any international paper as well.
Russians don’t care who Jörg Haider, Franz Voves or Ernest Kaltenegger is.
They are deep in everyday survival which can be lighten by occasional sparks of myth how beautiful, full-stomach and lazy life somewhere far abroad is.
I also directed my desperate views toward Russian-language media that exists in Austria. They can not afford paying to authors and mostly live on buy and sell and seeking low paid jobs classifieds.