Russians and their vodka habit 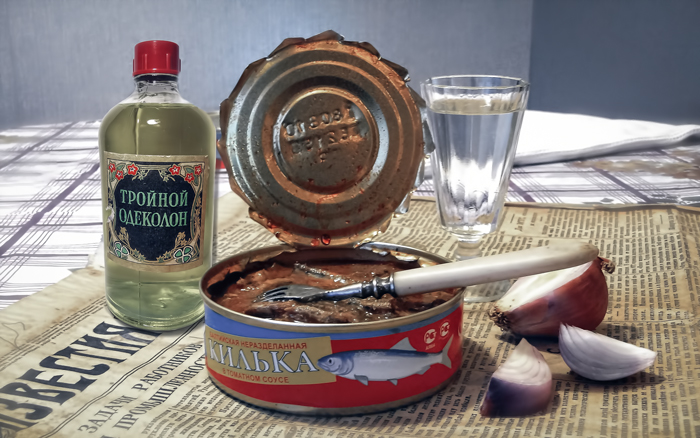 The world leader in alcohol consumption

The Kremlin has already tried to eliminate one vice this year – casino gambling, which was banned in July. But drinking — vodka in particular — is another thing. It is a mainstay of Russian life, both a beloved social lubricant and a ready means for escaping everyday hardship.
Mr. Medvedev is seeking steeper penalties on the sale of alcohol to minors, as well as a crackdown on beer, which has grown more popular among young people. Beer sales at kiosks would be banned, as would large beer containers. The government may seek more control over the market for vodka, still the most common alcoholic beverage.

His plan, though, follows a long line of failed anti-alcohol campaigns here, going back centuries. The most notable was pressed by Mikhail Gorbachev the last Soviet leader, who in the mid-1980s ordered shelves emptied of vodka and historic vineyards razed. Those measures succeeded at first, resulting in a nationwide bout of temperance that even increased life expectancy.
But they also touched off a severe public backlash that damaged the standing of Mr. Gorbachev and the Communist Party, and he eventually relented.

In recent years, as Russia has rebounded and engaged more with the world, alcohol has hindered its development. Russians consume roughly 4.75 gallons of pure alcohol a person annually, more than double the level that the World Health Organization considers a health threat.
The country will have difficulty resolving its demographic crisis — its population is predicted to drop nearly 20 percent by 2050 — if it does not confront its alcohol problem. Life expectancy for Russian men is now 60 years, in part because of alcoholism.

Researchers studying mortality in three industrial cities in Siberia in the 1990s found that in several years, alcohol was the cause of more than half of all deaths of people ages 15 to 54, often from accidents, violence or alcohol poisoning, according to a report this year in The Lancet, a London-based medical publication.
The Public Chamber, a Kremlin advisory panel, has asserted that roughly 500,000 people die annually in Russia from causes directly related to or aggravated by alcohol.
A half liter of vodka now costs as little as $2.

Drinking has increased sharply since the Soviet Union’s fall in 1991, though heavily intoxicated people have been somewhat less visible on the streets in recent years, in part because the police do a better job of whisking them away.
Dr. Aleksandr V. Nemtsov of the Moscow Psychiatric Research Institute, one of Russia’s leading alcohol experts, said that little would change unless the Kremlin got serious about shutting down unlicensed distillers, which produce half the vodka consumed in the country and usually are protected by corrupt officials.
“The government does not want to deprive poor people of cheap vodka,” Dr. Nemtsov said. “Because it is better for them when people are drunk. You probably know that Catherine the Great said it is easier to rule a drunk public. That is the root of the evil.”
The New York Times