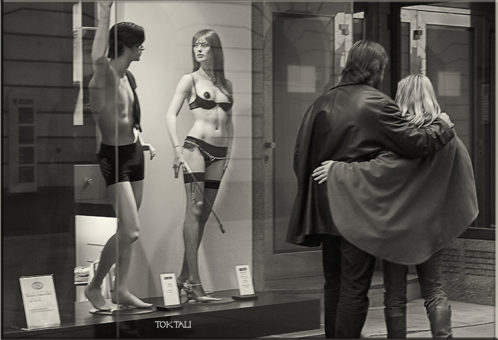 Terrible bang at the door came after midnight. Since it was bars area, I reached for rolling pin and
then shut open the door. Russian woman Natasha stood there together with her husband – short man with disproportional big hands. Natasha looked as child who broke vase playing football in living room and tried to postpone inexorable penalty of angered parent.
– Galya, confirm that I was with you last night, – retorted she miserably.
Looking at her companion whose hands were clenching like claws of big cancer anticipating piercing through soft flesh, I hurriedly confirmed falsehood.
I knew Natasha for a few years. Now and then, she visited me in my attic to narrate about her life of struggle with controlling and jealous husband.
Couple came to Austria from Moscow region 15 years ago. They had two children, and
man belonged to category of -imported Russian brains- being highly qualified specialist welcomed by Austrian science.
Natasha existed in situation of complete financial dependence on spouse,
what stimulated significantly her victim attitudes and brutal dominant manners of her man.
She went so far in confessions of being beaten by him regularly at least once a week.
I would suspect exaggerations, as if she would not appear with bruises. Once it was violet lantern under her eye that she tried to cover with strand of hair.
Not so long time ago, striving for independence in her forties, she started to search for work, and as the choice was restricted by emigration and local employment situation – she readily grabbed low-paid cleaning job in Graz. During first months of her washing floors and toilets trial, she felt exhausted, but liberty added to her self-esteem.
However, she continued to be involved in struggle with her spouse.
Observing people around I conclude they tend to separate their problems from themselves. While problems are often components of their own mental system.
If you are close to person who physically abuse you for 20 years it means you constantly recreate this model of partnership yourself and certain private satisfaction you get in this creative process supports your choice. There is always something satisfying for both partners in long-lasting unions, something that spreads beyond visibilities and glues whole construction.
Natasha used to complain about sadistic eruptions of her man, and of course, fact of violence was terrible by itself.
Once being a photo model and shooting with certain FC photographer, I experienced similar incident. There was stressed atmosphere in improvised studio.
When photographer approached me unexpectedly and touched my breast, I could not help myself striking him.
He became fierce and gave me heavy blow back that smashed me down on the floor.
I would never forget feeling of being at mercy of creature who used physical superiority as right to overpower me.
Shooting often at Stephansplatz, I also witness how grooms beat their horses to make them obedient. Imagine you are chained to cart and cannot move away. When you get blow, you can only start expecting next one. We are all chained to those carts. They symbolize life circumstances we find ourselves in.
Natasha not only wept, but also demonstrated presents she got as bribe and compensation from her husband: cloths, cruise tickets, digital cameras and even car.
Contemplating on phenomenon of violence, once I visited exhibition Of Sacher Masoch in Sackstrasse.
There were excellent sketches for his novel Venus in Furs and modern sado-maso and fetish orientated photos of tied up nude women and men licking shoes of beautiful dominant mistresses. If reading about tortures of Great Inquisition make us doubtful about merits of human nature in general, then fact that pleasure and pain have transit borders and extend each other – only contributes to common knowledge in physiology, and also understanding that many humans have altitude for submissiveness or dominance that can be manifested only erotically,- prevents from jumping to conclusions.
Looking at the visitors of S/M exhibition. I was thinking how many of them who were sure about their own highly moral puritanical outlook were potentially capable to plot and execute sado-maso approach to their partners: from slaps on the buttocks and verbal humiliation, till domestic violence and terror control.
Last time I met Natasha she looked worried. She had come through divorce with her man, and now lived alone in a flat on the other side of the Mur. Her eyes became clouded, when she wished me the best in my lonely life in Vienna.
What about her, she decided to resume living together with her ex-husband in the new house that he bought after divorce to make her come back.
We kissed goodbye.
She hurried away along Hauptbrücke, and looking after her, I was thinking she grew older and lost weight living alone.