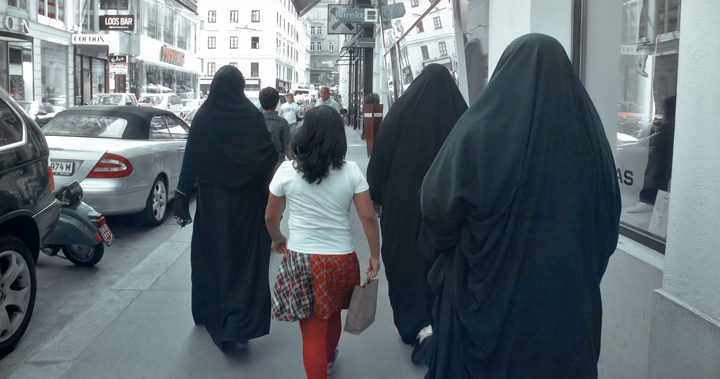 One of EU countries – France may soon ban the public wearing of traditional garments of Muslim women – hijab headscarves, niqab veils and paranja robes. The announcement came from the report prepared by the committee of the national parliament. Thirty-two deputies of the committee studied the issue of wearing traditional Muslim clothing in public places due to numerous complaints received from native citizens. The native French are concerned with the growing number of women dressed in dark overalls in the streets.
The members of the committee came to conclusion that hijabs, naqabs and paranjas symbolized women’s subordination. The deputies decided that the garments violated the principle of sexual equality and were therefore incompatible with the norms of France.
The document has all chances to become a new law in France. French President Nicolas Sarkozy stated recently that the wearing of niqab or paranja was humiliating to women and could not be accepted in France.
The new law, if approved, may lead to unpredictable consequences. The Muslim community in France is the largest in Europe – about 5.4 million people, or 9 percent of the nation’s population. Arabs make the majority of the French Muslim community. Source: Pravda.ru