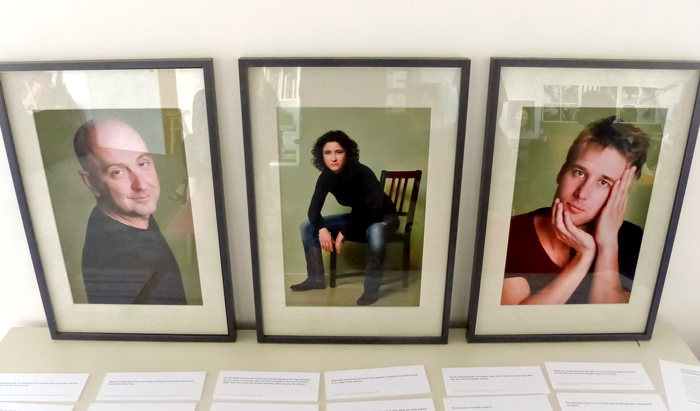 The Spiritualist – INFP
The Spiritualist is interested in giving meaning to life through service. They are deeply interested in learning about people and dealing with ethical and moral issues. They don’t want to do something just for the sake of doing it; it needs to make a contribution to a greater goal. Jobs that interest a Spiritualist include psychologist, psychiatrist, writer, religious leader, human resource developer, or journalist. Having an opportunity to spend their time combining productivity with the expression of their core values and ideals makes them engaged and allows them to express their sense of mission.

The Spiritualist is also known as the Harmonizer Clarifier. They are good at clarifying issues that to others seem an impossible jumble. They are imaginative and contemplative, making them adept at exploring intellectual topics. The Spiritualist is also warm and adaptive, making them easy to get along with and responsive to others. They do not handle conflict well and tend to withdraw from a fight.

In handling relationships, the Spiritualist is great with people one-on-one, but is somewhat overwhelmed by dealing with groups of people. They are looking for relationships built on trust and honesty, and are quick to turn away when those values are violated. Integrity and commitment are standards they set not just for themselves, but also for those they want as friends. It can be difficult for the Spiritualist to operate effectively in large groups of people; they can find it difficult to tailor the interaction style they feel would be best for one person in the room without having it clash with the interaction style needed for another.

Spiritualists don’t have a lot of patience for rules and regulations, especially when those formal procedures are seen as impediments to helping people. Their lives can sometimes become out of balance as Spiritualists become absorbed in particular causes. They need to be careful to keep a realistic perspective on their goals and not become overzealous. But their passion and their enthusiasm, along with their talent for listening and creating harmony, make them strong contributors wherever they go.
The Craftsperson – ISTP
The Craftsperson is an action-oriented loner who loves to investigate the mechanics of how things work and how to put them together. These people choose to be tool-and die makers, oil drillers, pilots, forest rangers, fire fighters, and police officers. They do not like routine and are ready to meet new challenges as they arise.

This type is also called the Analyser Operator, reflecting their strength in problem solving. Their pragmatic attitude and usually quick understanding of the issues involved makes them adept at figuring out solutions. Although they are perfectionists and do not have any difficulty handling large amounts of data or intricate models, they have no patience with paperwork, schedules, and bureaucratic rules. Therefore, once they see the solution to a problem, they’re done — the fact that the project needs to be completed in a way that makes it possible to share that solution with others does not really interest the Craftsperson all that much. They see paperwork as busy work devoid of meaning.

Interpersonal relationships are not a strongpoint for this type. They like to stay connected with a few close friends, and appear cool and impersonal to acquaintances. A Craftsperson is often bored at social gatherings, and it shows. They frequently like the outdoors and participating in physical activities, and enjoy being with a few others that like to do the same things. Talking about feelings and sharing emotions is not something a Craftsperson willingly starts. They want to be doing rather than talking, which they repeatedly consider a waste of time.

A Craftsperson is independent and self-sufficient. They do not like to take direction from others, although they do develop strong loyalties to a few selected associates. They are good at multitasking, and one of their biggest concerns is boredom. Because they can become carried away with investigations and have to fight a tendency towards finding perfect solution, it helps to give a Craftsperson a deadline so he or she must meet a time limit. They have their own ways of doing things, but the results are often creative and make a real contribution.
The Helper – ISFP
The Helper is hardworking, cooperative, and happy to work with others to achieve common goals. They are pleased when they uncover what needs to be done and join forces with others to make it happen. They are very good at troubleshooting and dislike routine. They are capable of thinking on their feet and love a challenge. You will find they have the inclination to be teachers, especially in the lower grades, nurses, paramedics, and social workers. However, the Helper can sometimes have little patience for academic requirements, and so it can be difficult for them to follow through with the training that some of these professions require. You can meet them in all kinds of jobs and industries, with their helping natures shining through.

This type is also called the Producer Composer, reflecting a desire to pull things, ideas, and people together into a harmonious whole. The Helpers love to have the freedom to design projects to meet their visions of what could be — and those visions can be artistic or meet some other aesthetic goal. Helpers are able to make compromises and are good at teamwork.

Relationships are the Helper’s strong suit. They have fun doing things with others. It is important to the Helper to get approval from their associates, and they do not deal well with conflict. They are good listeners, and somewhat self-effacing. Their low-key, supportive stance, combined with their laid-back, flexible style, makes them very easy for others to accept as friends.

Because the Helper dislikes routine, he or she is quick to turn to the next assignment. Helpers can be easily distracted and can lack follow-through, having little patience for the boring, same old thing. Their short attention span and concern about serving others means that they are not good fits for high-efficiency, high-performance, or high-productivity positions. Placing those kinds of expectations on a Helper puts him or her under a lot of stress. Instead, Helpers perform best under an environment where they can use their people skills to advantage, and they can help others in a flexible, tangible way.
The Professor – INTP
The Professors are adept at problem solving, and they are the ones who strive to be the world’s experts. They love to be by themselves, absorbed in a book or article, discovering new patterns and seeing new connections. They are spontaneous and somewhat random in style, causing others to get exasperated with their tendency to be forgetful and absent-minded. The kinds of jobs that appeal to Professors include chemists, mathematicians, university professors, and technical writers. Each of these careers provide different kinds of challenges as a Professor attempts to balance the love of problem solving with the challenges he or she faces in being organized and practical.

Another name for this type is the Designer Theorizer. They have fun with the abstract, looking at how different theoretical systems fit together. They are logical, objective, and impersonal in making their evaluations, and this clarity of thought and expression can come across as somewhat cool, critical, and intimidating. They like to stay with a topic a long time, but that can interfere with practical deadlines. Professors prefer to avoid confrontation, but if pushed, they will defend their work and can be argumentative and belligerent. This type has no trouble being competitive, especially when the competition involves pitting their ideas and concepts against others.

As a rule, Professors are socially awkward. It’s not that they don’t like to attend parties, it’s just that they are not good with small talk and don’t want to waste time discussing things that don’t interest them with people they don’t know. For their close personal ties, Professors have to make sure they don’t take other people for granted. They do not like change and sometimes will continue with problematic relationships that other types would discontinue.

Probably one of their biggest downsides is that Professors can be intellectually arrogant. They have no tolerance for error, made by either themselves or others. They tend to pounce on logical inconsistencies or redundancy, and can erupt with impatience when others perform sloppy analysis or fail to follow through on their research plans. They are not good at delegation since it is very difficult for others to meet their exacting standards. The Professors’ high energy and drive combined with their intellectual orientation have added the to the world’s ability to solve life’s problems.