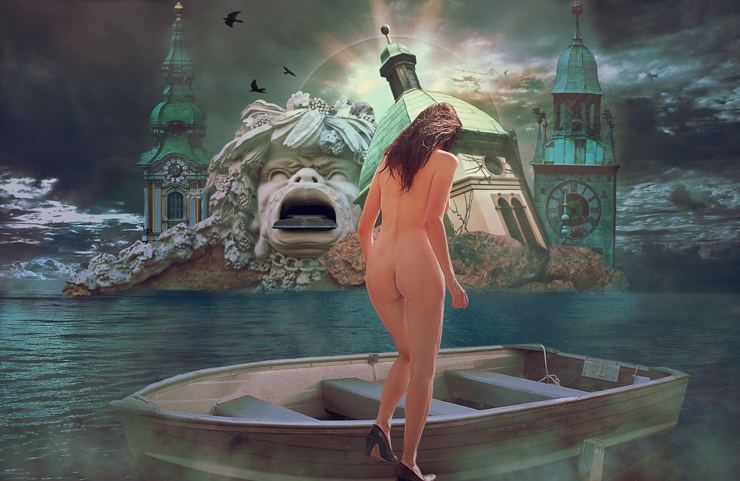 It is a fact of neuroscience that everything we experience is a figment of our imagination. Although our sensations feel accurate and truthful, they do not necessarily reproduce the physical reality of the outside world. Of course, many experiences in daily life reflect the physical stimuli that send signals to the brain. But the same neural machinery that interprets inputs from our eyes, ears and other sensory organs is also responsible for our dreams, delusions and failings of memory. In other words, the real and the imagined share a physical source in the brain.

The lens of the eyeball focuses light back onto the retina, where photoreceptive rods and cones are affected by the wavelength of the light. Information about the light entering the eye travels through the optic nerve, where it is then interpreted by the brain. The brain is responsible for taking raw data about light wavelengths and untangling the patterns, using memory in order to make sense of the images that the brain ultimately “sees.”

Our eyes transmit a tremendous amount of information back to the brain, and it requires too much brain power to process all of it. In order to make the job easier, the brain has devised shortcuts to understand what it is seeing. Shadows, perspective, and color are all clues the brain uses in order to make decisions about what it is looking at.

One of the most important tools used by neuroscientists to understand how the brain creates its sense of reality is the visual illusion. Visual illusions are defined by the dissociation between the physical reality and the subjective perception of an object or event.

For example, these circles appear to be moving due to illusory motion. While it isn’t well-understood how the brain perceives movement from such images, researchers found that small, rapid eye movements are responsible for aiding the illusion. If you focus your gaze very intently on one spot of the image, the motion will stop. 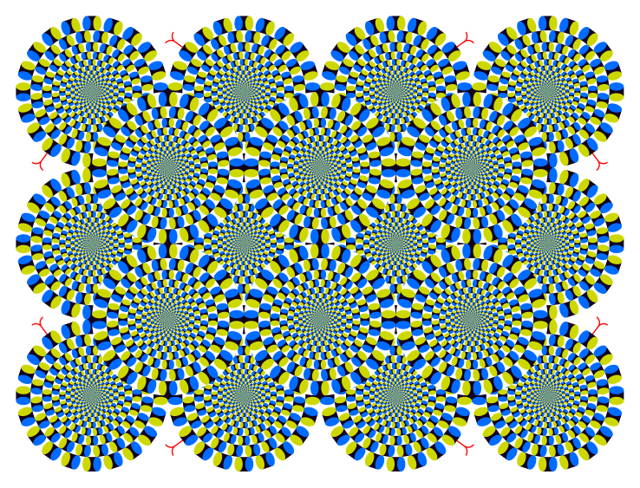 Given that the eyes are in constant motion, how does the picture of the world we have in our mind remain so apparently stable? Neuroscientists have discovered that inputs from the eyes are suppressed during their movements, so we don’t register the fast motion and image blur that would otherwise occur. Furthermore, our brain uses information from the eye muscles that control movement for correction. So our visual world is perceived mostly during fixations, the short periods of time (approximately 200-300 milliseconds long) when the eyes are stationary. Thus we have an ability to focus on one or several sources of information while ignoring all the rest, or at least reducing their significance.
From Scientific American