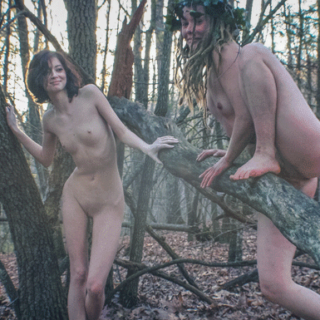 Sexual fantasies are among the most taboo of topics—awkward to talk about, even (or perhaps especially) with a partner we know well. They can sometimes feel embarrassing or shameful, even if we tell no one. We wonder: Where did this come from? Is it normal?

Dr. Lehmiller, a social psychologist and researcher at Indiana University’s Kinsey Institute, conducted one of the largest and most comprehensive studies ever done on fantasies—a survey of 369 questions that asked people about their sexual histories, as well as what their biggest fantasy is, how frequently they fantasize, and what person, place or things they fantasize about. More than 4,000 Americans answered the questionnaire; they ranged in age from 18 to 87 and represented different economic and religious backgrounds, sexual orientations and relationship types.

The findings show that sexual fantasies are influenced by a variety of factors, including demographic background, personality traits and sexual history. They change with age. And they can say a lot about the health of relationships.
Almost everyone who answered Dr. Lehmiller’s survey—97% of participants—said they had sexual fantasies, which he defines as a mental picture you have that arouses you. The vast majority said they had them frequently, between several times a week and several times a day.
In his research, Dr. Lehmiller identified seven major themes of sexual fantasies. Almost all participants said they fantasize about the three most-common ones at one time or another: multi-partner sex (including threesomes and group sex); power, control or rough sex (this includes bondage and runs the gamut from being tied up to full-on sadomasochism); and novelty, adventure and variety.

The remaining themes, less common but still prevalent, are: taboo and forbidden sex (voyeurism, fetishes and exhibition); non-monogamy (fantasizing about a sexual partner other than your real-life one); passion and romance (this includes all the emotional elements of sex, such as feeling loved or appreciated, and both men and women have this type of fantasy); and erotic flexibility, specifically homoeroticism and gender-bending.
Men and women reported fantasizing about different things, although there was more overlap than you might expect, and some surprises. Most of the men said their fantasies included an emotional element—they imagined themselves feeling desired, sexually competent and irresistible. And women fantasized more about bondage and sadomasochism than men did (in both the submissive and the dominant roles), and they fantasized a lot about group sex (although not as much as men).

Men were more likely than women to focus on a specific person in their fantasies. They imagined more taboo topics—Dr. Lehmiller says this may be because they have a more heightened need for excitement than women. And they are more likely than women to fantasize about gender-bending scenarios: cross-dressing, becoming the other sex, having a transgender partner.
Women imagined more same-sex scenarios. They cared more about the setting than men did, creating elaborate locations for their fantasies. And they had more emotional content.
Personal histories influenced fantasies. People who said that a certain act took place the first time they had sex were more likely to keep fantasizing about it. If their first experience was unusual or adventurous in some way, their fantasies were more likely to be, too. And, people who had taboo fantasies were often able to point to some experience in early childhood that influenced them.

Personality also influences sexual fantasies. People who are extroverted fantasized more about group sex and non-monogamy than introverts did; they had fewer fantasies about intimacy and passion, and they wanted to be praised more in their fantasies for their sexual performance. But introverts had more taboo fantasies. “They might have a harder time meeting people and establishing the kind of relationship they want, and this seems to lead some to find alternative sexual expression,” Dr. Lehmiller says.

Perhaps surprisingly, so did young people, while older people were more likely to fantasize about threesomes and group sex than younger adults. (As men aged, they were also more likely to fantasize about same-sex scenarios.) Dr. Lehmiller believes this may be because young people have more emotional needs that aren’t being met, so they try to address them in their fantasies, while older people, who are more likely to be in a monogamous relationship, crave novelty.
“In a lot of ways, our sexual fantasies are therapeutic,” says Dr. Lehmiller. “They are designed to help us cope with what is going on in our lives.”